We continue to research the most common types of conflicts at work.

The second type of conflicts: association “against” 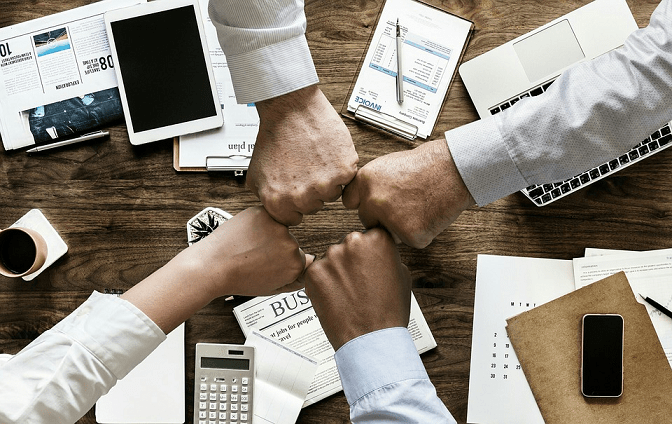 Alice noticed that it was not the first time the assistants came to her. Last month they came with a similar complaint on Alice’s secretary. They accused the secretary of delays in notifications and information loss. Alice fired the secretary and hired another one. Now the situation repeated once again. This time they found another one to blame for backlogs. This alarmed Alice. The situation repeated too similarly. However, she didn’t know what to do and took a break to think it over.

Such associations “against” must not be supported in any case. As a rule, they occur when the staff cannot achieve its objectives and starts looking for “the guilty one” to lay all the responsibility for failures on him or her. And if the “guilty one” is punished or fired, the similar situation occurs, but with another employee.

The negative side of such solutions of the conflict “against someone” is that the staff is not looking for the better way to get the work done but trying to avoid the responsibility.

In cases similar to Alice’s you should act decisively and hand over the responsibility for the chosen “scapegoat’s” behaviour to the staff.

Of course, you shouldn’t discuss his or her behaviour in his or her absence. You should invite the”guilty one” and ask him or her to explain the situation. However, you mustn’t let the staff turn against him or her and make him or her defend himself or herself.

You should ask a number of questions that have a sobering impact on the associated “against”:

The answers to these questions must be precise. Do not accept answers like “We have done everything we could” or “He/She has done nothing!”.

Remember that both sides are always guilty of the conflict. And if the staff have turned against one employee, their own actions most probably are the part of the conflict as well.

The third type of conflicts: resistance to changes. 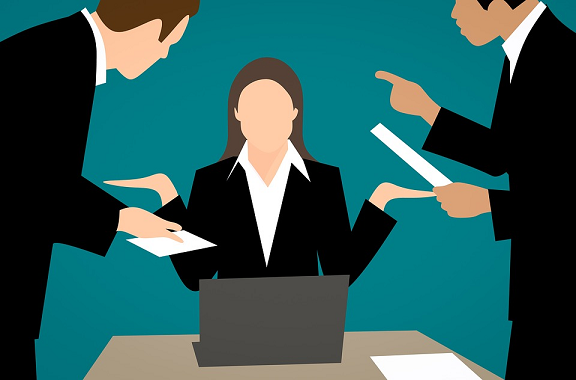 It was decided to reorganize the department of renovation works. The director of the department announced it in the meeting with his assistants. A part of the assistants opposed it. They began to argue that it is not the right time for reorganization and it threatens to ruin the plans and delay the current work.

The director paid a lot of attention to the opposition. He talked to everyone in private, arranged additional meetings. But the more he tried to persuade the “saboteurs”, the stronger arguments they had.

In a month, the director noticed that two more assistants joined them and began sharing their point of view.

“What have I done wrong? Why, instead of sharing my point of view on changes, have I got even stronger opposition?” - was the director’s question.

When we are dealing with opposition, it is very important to remember the formula: “Don’t feed the crocodile”. It means that 80% of the director’s attention must be paid to those who support him or her. And only 20% of his or her control and attention should be devoted to those who oppose.

As a rule, those who are opposing the changes are problematic members of the staff. They are 20% of opposition which must be persuaded. However, they usually take 80% of our time and efforts.

Problematic members of the staff can be revealed by the following characteristics.

There are five of them:


Self-regulation is the ability to separate “me” from “not me”, own opinion from other people’s imposed one.

The director must know problematic employees, be in contact with them, but mustn’t give them the authority to the staff. He or she shouldn’t trust them too much or try to persuade them.

The director must make it clear to the problematic employee that he or she is responsible for his or her actions, defying the director. Problematic employees should be given no sympathy.
Problematic people don’t learn from their mistakes. They approve of only one thing - power. At the same time, they are very active and take too much energy both from each person and the staff on the whole.

Employees become problematic when they are comfortable in their usual environment but the management is going to destroy this environment. In this case, employees can understand logically that the changes are good in general but they have an irrational wish to leave everything as it is.

Do not try to explain or communicate with a problematic person. “Do not feed the crocodile”. When someone is subconsciously sabotaging, there is no point in trying to change his or her mind - people are too serious in such moments. When you try to explain something and protect your right to do certain things, you only increase problematic people’s anxiety and fears. The more you do it, the more you risk of getting anxious as well.

Conclusion
So we have discussed three types of conflicts in the staff. The main thing that you should pay attention to is that our usual actions do not always lead to positive results. Sometimes, you must not act on your first impulse but do what produces the result.

If we have helped you to view your actions from the outside and choose more effective solutions, this article turns out to be useful.