How should a leader behave in order to make employees 31% more productive and three times more creative?

The head of the company is practically a god. He or she can inspire employees to Hercules's feats or make even the most talented ones flee. The recent research of Gallup Institute shows that employee involvement and motivation is 70% dependent on management actions. However, these actions often make employees seek for a better place. So, what behavior of managers can reverse all attempts to increase the employees’ motivation?

Lack of praise and proper feedback from the manager is a frequent occurrence. Managers often believe that the well-done work is a natural result, and the absence of claims and sanctions is already a worthy reward for an employee, but it is not so. The ideal leader should assess the working progress and understand where a friendly pat on the shoulder is enough, and where the salary raise is necessary. Employees feel much more confident if they understand that their contribution to the common cause is appreciated: such is the opinion of 29% of 1000 employees of different companies, according to the results of The Office Club survey. In Google, for example, there is a practice of discussing the successes and failures of each employee. And in the first and the second case project managers spend the same amount of time. Аn assessment of the employee's performance, which ranges from "you can do better" to "excellent", is made on the basis of objective parameters and colleagues’ opinions.

According to the employees’ opinion, the best leaders conduct an open door policy in the company: they are always open for a dialogue to hear an idea or a critical remark. Feedback is a two-way road and live human communication will never replace even frequent HR service surveys. At the same time, communicating with subordinates, a good manager needs to use not the golden rule of communication (treat others as you would like them to treat you) but the platinum one - find an individual approach to each person. It is also crucial that employees have a clear idea of in what direction and why the company is developing and how they can help. This is a great way to increase their involvement and productivity. So, Mark Zuckerberg put weekly conversational reports with employees in the practice of Facebook. 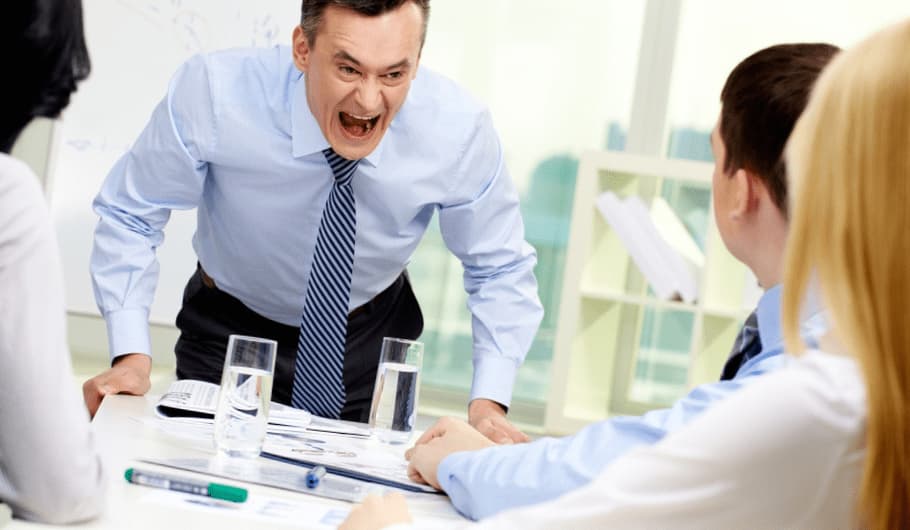 Go There, I Do Not Know Where

Assigning a new task the head often instructs employees to “do well", but does not explain the criteria of "well" or the requirements to the final result. The employee sincerely tries to complete the task qualitatively, but cannot achieve the desired result. This inevitably leads to the boss’s discontent and the employee’s own dissatisfaction. It is important for the leader to remember that one cannot get a clear result in response to an unclear task.

The staff usually reacts very negatively if the leader chooses his pets and allows them, for example, to work remotely or ignore the duties obligatory for other members of the team. Equal treatment of everyone is the key to success. Steve Jobs, the founder of Apple, could call the same employee a good man and a cretin, depending on the progress of the task on which he was working. He never had any favorites, and the value of a staff member was determined by his or her talents.

The boss’s desire to control every action of subordinates may be interpreted as a sincere desire to help, but these good intentions look like total control. This creates an atmosphere of distrust, limits the employee’s ability to make his or her own decisions and even make mistakes, which could teach him or her important things. Microsoft founder Bill Gates admitted that at first, it was hard for him not to apply his own standards to how other employees worked. He learned the numbers of each car, and when he went out to the parking lot he understood when someone came and went. With the growth of the company he began to trust his subordinates more, moreover, it would be impossible to control each of more than 120,000 employees of the corporation.

No One to Take an Example From

The manager and the head are required to burn with the business idea. On the day of the unsuccessful launch of Falcon 1 in 2006, which was regarded as the collapse of the entire SpaceX corporation, Ilon Mask appealed to the company's employees: he listed all the projects that did not start off literally and did not even reach the SpaceX stage, and said that he will never abandon the idea of flying into space, and called on the team to continue the development of the project. "I think most of us would grab suntan oil and follow him right into hell. It was the most impressive example of leadership that I saw. Within a few seconds, people's mood changed from desperation to determination to move on, "Dolly Singh, who worked for five years in SpaceX as the head of the hiring department, recalls this moment. And the second launch of the launch vehicle was successful. It is under the leadership of such leaders that employees become more motivated, which means they are 31% more productive and three times more creative. This is not an accidental figure; it is an assessment of scientists at the University of California.