Facebook is the biggest social network in the world with 1.4 billion users. It is certainly not for underage children because a lot of content shared on Facebook needs parental guidance. The major issue is that underage children are developing a great interest in Facebook due to its popularity and their friends being a part of it. In order to remain in the social circle or in school terms “the cool kid” they have to follow what other children are doing. This is a major concern for parents because a day will come when their under 13 child will ask them for a Facebook account and they will not be able to deny his/her request.
Facebook is already making matters worse for parents. There has been a lot of buzz lately regarding Facebook lifting the age limit for its social network. The company is exploring ways to lift the age restriction according to a Wall Street Journal report.
Latest statistics do not do justice to these worries already. Consumer Reports data shows that there are already 7.5 million underage children on Facebook. To make matters worse, a survey by Microsoft revealed that 20% out of 1000+ parents claim that their 10-year olds already have profiles not only on Facebook but other social networking platforms as well.
No one can deny the fact that this number will increase rapidly in the coming years as more and more underage children will ignore the age restriction and make profiles online. If the age limit is restricted then it will be beyond our imagination the number of children under 13 years of age will be on Facebook.

Kids need knowledge and social networks can become a great source of knowledge but sometimes timing is everything. These kids are not mature enough to understand the complex structure of these social networks. Interactions with strangers can lead to disasters or parents’ worst nightmares. Content on social networks is nowhere safe for underage kids because a lot of things are out in the open and one can only imagine how these kids will interpret such content.
Facebook will not help in this cause because its hunger for growth will neglect a lot of morals and ethics. Our only hope is that the parents who are allowing their children to lie in order to make online profiles because of peer pressure will monitor their profiles. Parents need to be alert and have access to their children’s profiles so they know what they are doing on Facebook and who they are interacting with. Let’s not forget there are more than 75 million fake profiles on Facebook.
Parents have to keep this in mind that once they allow their children to become a part of a social network, it will never stop. Everything has its advantages and disadvantages, so does Facebook. If parents are putting a good effort in monitoring their children’s activities on Facebook then it can be a great learning platform for them. On the other hand, parents who are already letting their children use iPads, smartphones or any other gadgets for social interaction then it is hard to monitor their children’s activities. 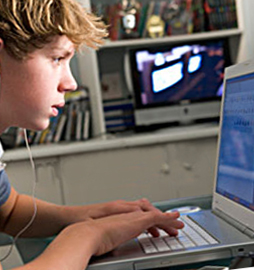 As expected Facebook has stayed quite on this matter and for obvious reasons. No company wants to get involved in bad press because it will hurt it real bad. Facebook wants to grow the number of users so it can generate more revenue while ignoring the worries of the parents. CEO and Founder of FOSI (Family Online Safety Institute), Stephen Balkam has expressed his views in detail in the Washington Post. He discussed how this policy from Facebook can be a good decision and an initiative for both parents and children to join the social network together. There are more opposing parties to this matter than supporting ones.
Mashable conducted a survey recently with more than 5100 participants regarding this policy. Majority of the participants strictly opposed giving Facebook access to children under 13. Some media outlets including Common Sense Media have started a petition on Change.org, calling upon concerned citizens to oppose this policy change by Facebook.
Everyone has a different view on matters but if you think about this with a clear mind, would you want your 10 year old to be on Facebook and interact with strangers? It is time that you should start voicing your concerns and for once dislike what Facebook wants to do.