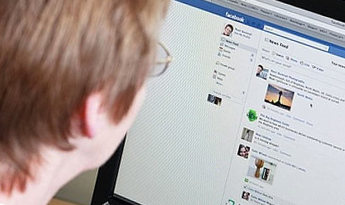 Parents have joined Facebook to monitor their kids. As the kids, perhaps you are surprised that you are friends with your parents on this social media. In this increasingly digital lifestyle, it’s quite difficult to monitor kids’ activities – so inspecting social media is a helpful solution for parents. There’s a fact that 47% of parents inspect out their children’s profile each day. They have special interest to their kids’ photos and updates. So any kids should think twice before they upload or tag themselves at parties doing something provocative.

It’s a fact that half of parents all over the world join this social media to monitor their kids’ activities online. There’s a new survey that reveals that fact. Mostly, parents join Facebook and other social media sites for the major purpose of inspecting their children. This data is acquired by Education Database Online. Approximately, 60% of mothers in 2010 have been creeping on their kids online. That number increased drastically today. Many of parents in general are signing up to Facebook so they can monitor how their children interacting with people through website.
Parents Want Their Kids to Quit Facebook

According to survey, 47% of parents are inspecting their children’s profiles at Facebook daily. What is the most interesting part of spying the kids? Mostly, parents may inspect their kids’ status updates and photos. Parents aren’t only watching their kids through social media, but also interacting with them. Usually, kids are embarrassed by the parents’ posts. In fact, some of them would remove their parents from the list.

However, children also check out their parents’ profile on Facebook. They follow their parents’ status, photos, and others. But still, parents might initiate the friend requests. Although some kids consider their parents to be dull in using social media, most parents think that they are quite proficient to use it.